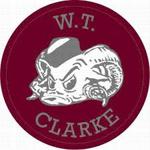 Despite just missing the semifinals of the Nassau County Championship in 2018, the Rams sure look to use that disappointing moment as a motivation for them to climb back up the ladder. In 2018 the Clarke Rams finished the regular season with a 13-5 record in the A-4 conference and hope to contend once again in the A-5 conference this upcoming year. Coach Tom Abruscato will continue his decorated coaching career, as he will return as the Rams’ skipper for the 21st season. His impressive resume consists of 410 victories, 17 conference championships, 5 county championships, 3 Long Island championships, and 2 NY State championships.

The Rams will be led by two prominent seniors. Brendan Turton is the Rams’ ace, who is an All-County recipient and received a scholarship to play for Dominican College. In 2018 he compiled 3 wins on the mound. Another senior that will be expected to lead the Rams is Chris Lyndon, who will also take part in the starting rotation. The All-Conference recipient won a scholarship to play for Concordia.

Underneath the seniors, the Rams additionally have some bright stars that could help keep the future bright, while competing in 2019. Expect to see Chris Giardino with a significant role, as the All-County recipient showed off both his strong bat and smooth fielding abilities in the Rams’ run last year. The C/3B athlete recently received a scholarship and has committed to Molloy College. Furthermore, sophomore Tyler Cox will be projected to help the Rams middle of  the lineup, as the power 5-hole hitter and will be a threat for opposing pitchers. The uncommitted All-Conference recipient has the ability to play in tmiddle infield and the outfield.

Under Coach Abruscato  who has won 17 conference championships, the Rams will have their sights on another championship, as they look to dominate in the A-5 conference. This experienced squad will once again prove to Nassau Baseball on why the Rams should be the known as the frontrunners in their conference.