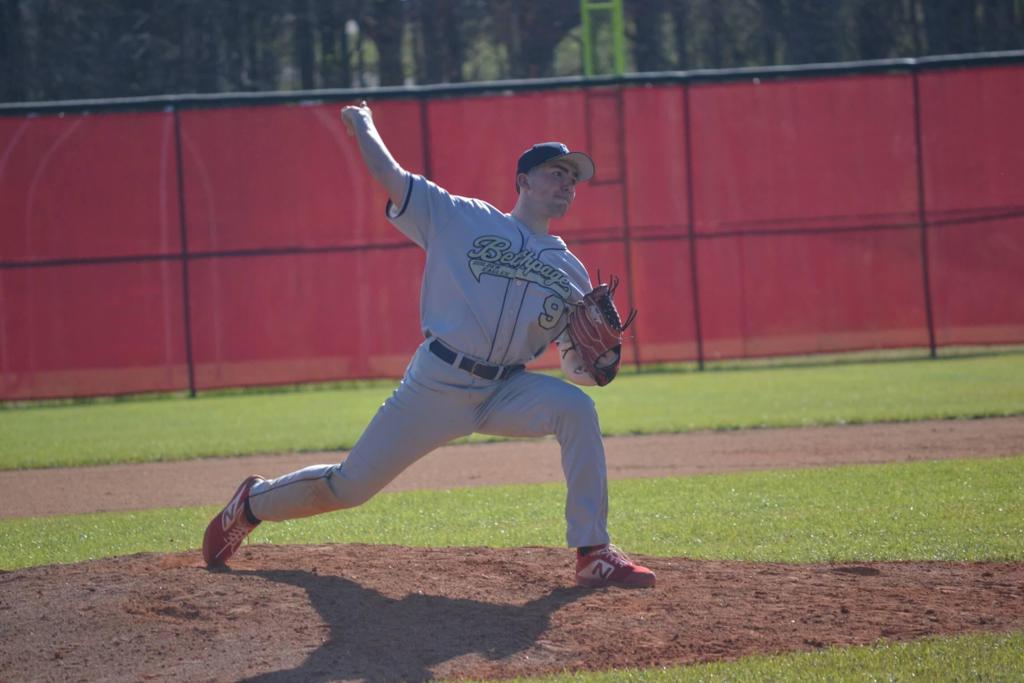 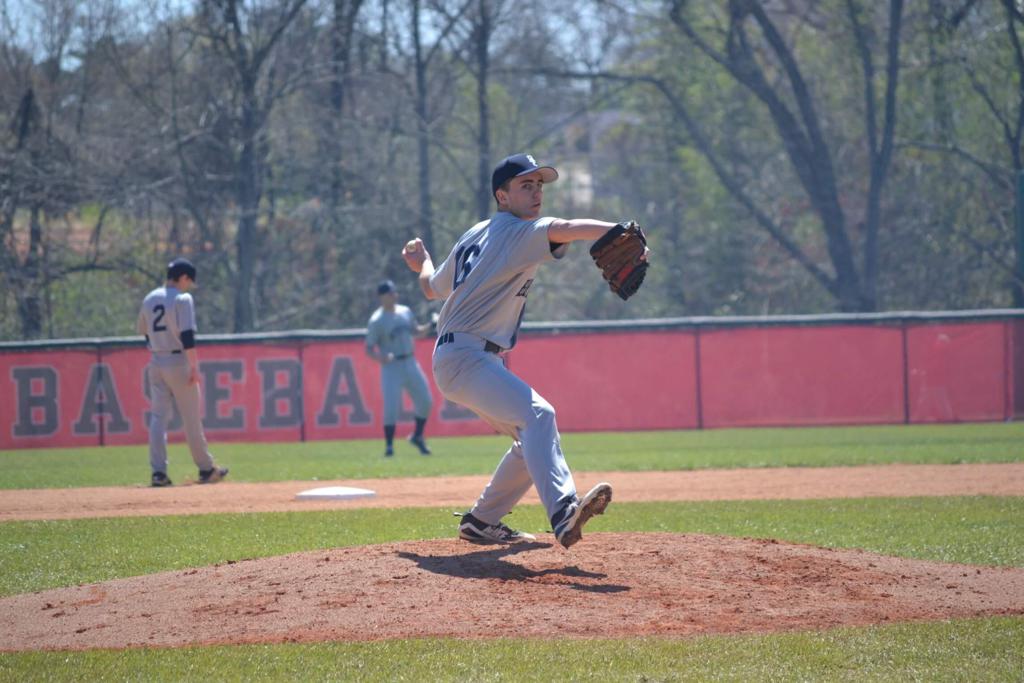 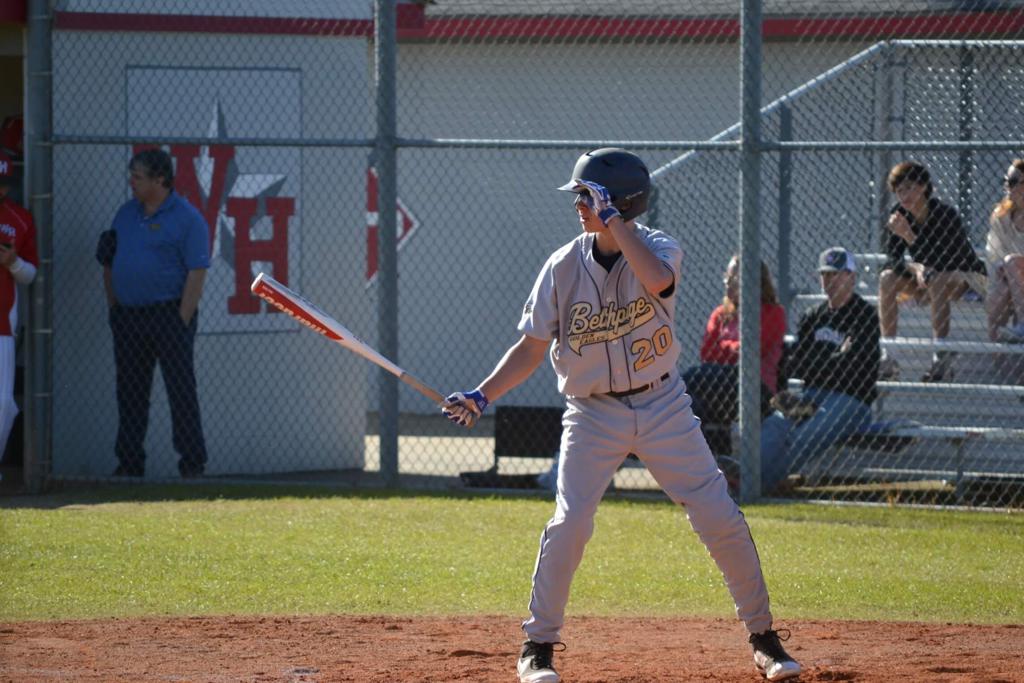 For the first time in Bethpage High School baseball history from March 22 to March 26, the Bethpage Eagles hit the road all the way down to South Carolina. During those five days, the Bethpage Eagles — both Varsity and JV — would be taking on doubleheaders with Wade Hampton High School (Greenville, SC) and Gilbert High School (Gilbert, SC), along with attending two NCAA Division I baseball games: UVA/Pittsburgh (March 22) and UGA/LSU (March 24). For the Bethpage Eagles, with the help of Assistant Coach Niko Dovas’ connections in South Carolina, they became successful in reaching out to a few schools to play some exhibition games. In addition to the exhibition games, the Eagles will watch some of the most prestigious colleges play amongst one another, as most of the current seniors will be moving on to play college ball while many juniors and underclassmen will look forward to play in college. With a lot of players having aspirations to play in college this was a quick taste of the Student-Athlete experience. The Eagles have lifetime memory, gained college travel experience, while all in an attempt to possibly bring this hopeful group closer as a team in search for the county title.

Current junior Brian O’Boyle deeply expressed his anticipation for the South Carolina trip: “I’m very excited to play baseball and experience competition in an area I normally wouldn’t play in...I look forward to it and believe that this is a great opportunity for me to get in mid-season form in the beginning of the regular season.” Another current junior Chris McGuggart added on by stating, “I’ve always wanted to play baseball competitively in the south...I definitely do feel the southern states have an advantage over us in terms of weather, as they get to start earlier and do not have to deal with the cold.” Both juniors are looking to further their baseball careers into college.

This past Friday, the Bethpage Eagles attended their first college baseball game, with UVA hosting Pittsburgh. Two days later, they hit off the road all the way down to Athens, GA — home of the University of Georgia — to see the rivalry matchup UGA and LSU play. The Bethpage baseball program were watching in awe after seeing the superb high-quality plays the college athletes were making on the field. Compared to varsity sports, the Eagles definitely noticed how the game is very fast-paced in the collegiate level. “These are players I definitely would want to look up to and exceed my heights playing in this level, as I am looking forward to play college ball in the coming years,” claimed by Brian O’Boyle. Both games put on a great show, especially for the Eagles, with the atmosphere getting more tense and chants getting louder after each inning.

On Saturday, the Bethpage Eagles played their first doubleheader, having varsity and JV playing one game each. They were hosted by the Wade Hampton Generals, who have a 6-3 record so far this season. The Eagles were successful to notch a 8:3 victory against the Generals. St. Thomas Aquinas-commit Peter Schimmel (senior) hit a homerun in the first inning, putting the Eagles on the board first and lifting up the momentum throughout the game. The winning pitcher was credited to Mike Mkertichian (senior), who started for the Eagles and pitched for 2 innings. Another impressive performance during the game turns to Lucas Seely (junior), who allowed only one hit in the last three innings he pitched.

Right after the Varsity game, the Bethpage JV team took on the Wade Hampton JV team. The Eagles JV also successful grabbed a 6:4 victory, despite the Generals JV rallying in the late innings. Phil D’Aguanno (sophomore) shut out the Generals in the 4 1/3 innings he pitched with 5 strikeouts. On offense, James Martin (sophomore) and Brandon Lombardo (sophomore) heavily contributed for the team. Martin recorded 2 singles and a double, along with a walk and scoring 3 runs; whereas, Lombardo went 4-4 and drove in and scored 2 runs each.

On Monday, the Bethpage Eagles traveled down to Gilbert High School to play their second doubleheader of the trip. Hosted by the Gilbert Indians — last year’s South Carolina’s state finalist — the Bethpage Eagles take on a bigger challenge. In spite of the Indians’ finish last year, that didn’t slow down the Eagles, as the Long Island team were rolling throughout the game and notched a 12:8 victory. The Eagles scored their first three runs with the help of Peter Schimmel, who smashed a 3-run homer way out in left field on the very first pitch of the at bat; he finished the game with 3 hits in 4 at-bats. Alex Rubin (junior) and Nick Griffin (junior) also notched some runs in, each hitting 1-2.

After the first half of the doubleheader, the JV came on board to play in the second half, but they eventually got mercy-ruled in the 4th inning with a score of 10:0. With sloppy defense and wild pitches, several easy runs were scored early.

Throughout the long five-day stretch, the Eagles have much prepared themselves after facing tough opponents in a higher quality competition. Head Coach Rob Fisher gave signs of excitement; “This team has definitely upgraded from the previous year....many of these guys had such great ambition, thus growing skillfully.” The Eagles themselves know they will be a threat,  A-3 conference; according to many sources, they assume that the A-3 conference will only be a battle amongst longtime rivals — Bethpage and Plainedge. “To put it simply, it will be a fun year...These are a group of guys who just want to go out there and play some ball,” claims Coach Fisher. The ultimate goal for the 2019 season? Redeem themselves from last season and make a further push, all the way to the County Championship. Watch out for those Bethpage Eagles!