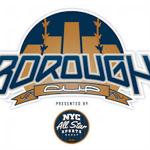 For the past five summers, the Borough Cup of New York has upheld the prevalence of youth baseball in the city. Back in 2014, Brooklyn Cyclones Assistant GM Gary Perone and John Franco had noticed the decline of little league baseball throughout the borough, as kids instead had begun flocking towards Long Island and update New York to compete instead. In an effort to counter such effects of the lack of organized baseball in New York, the two founded NYC’s most popularized youth baseball tournament— the Borough Cup.

The Borough Cup continued to grow over the years, proving to be an enormous success. It’s comprised of teams rooted in all five of New York’s boroughs that compete against one another, culminating with a Championship game at Yankee Stadium for the 13u and 14u divisions and at MCU Park (Brooklyn Cyclones’ venue) for all younger divisions. A whopping 115 teams competed in last year’s tournament

Perone displayed his desire to give opportunity to those who wouldn’t be able to compete in some of the country’s more popular destinations — including Cooperstown and Williamsport — during an interview with the New York Post this past year: “I think it’s better we keep our baseball fields packed in New York City.”

Perone had in mind growing the game of baseball when starting the Borough Cup, and he’s done just that. Not only has New York witnessed an increase in travel baseball participation, but also their <Cup Cares> program has also been effective in improving field conditions and providing sufficient equipment for many of the city’s youth baseball participants. The organization has even acquired sponsorships form to MLB, New York Yankees, and New York Mets.

The 2019 edition of the Borough Cup already set in to include approximately 120 teams, as young as eight years old and as old as sixteen.