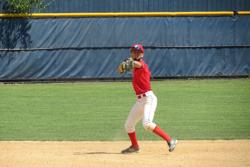 Game 1 - Federals 8 – Tribe 0
Federals’ pitcher Joe Crosser (Mount Saint Vincent) had a no-hitter through five innings, and in the six innings he pitched he only gave up one hit. Any number of runs would have sufficed with that performance, but the Federals’ offense exploded in the fourth inning for five runs. Jason Reyes (Concordia) went 2-for-4 with two runs and RBIs. Matt DeMartino (Utica) went 1-for-4 with two RBIs. Both Craig Weber (Mount Saint Vincent) and Andrew Lombardo (Nassau) had two hits and two runs. 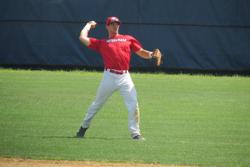 The second game had much of the same feel as the first. The Federals got out to a 6-0 lead in the first and eventually mercy-ruled the Tribe for the second time today. Matt DeMartino (Utica) went 2-for-3 with two runs and three RBIs. Tom Smith (Marywood) had one hit and three RBIs. Jason Reyes (Concordia), Nick Girardi (Manhattan), and Matthew Dawkins (Queens College) each had two runs scored.