The Hot Stove League is a new baseball league on Long Island. This is a team that plays in the league this summer.

The Plainview Hawks 7U boys travel baseball team was formed in June 2014. The Hawks finished the season strong, and will look to build on their late season success in the fall and 2015. The Hawks were a true team as every player contributed to their successes. On the offensive side, it began with Peter Bounougias’ bases clearing triple to kickstart the improved play and some clutch hits by Alex Reifer. Logan McGrath, Justin Reo, and Michael Iryami consistently put the ball in play, putting pressure on the opposing defense. Matthew Pilatsky came on strong toward the end of the season with some big shots and Aiden Gasbarro blazed the base paths with his speed. Josh Festa slugged some clutch hits. Pitching was a team strength and Ryan Madden and Alex Reifer caught many of those innings. Cooper Schorr consistently threw strikes with his strong left arm, Matthew Jenson gave some quality innings and Luke Brower kept the batters guessing with his heat and Eephus pitch. There were many other clutch pitching performances by Peter Bounougias, Matthew Pilatsky, Logan McGrath, Michael Iryami, and Josh Festa, with Justin Reo putting out some fires and closing games.

The Hawks competed against some great teams this summer. The 2014 7U Hawks are a motivated and talented group that will work as hard in seasons ahead and continue to build on this summer’s success. 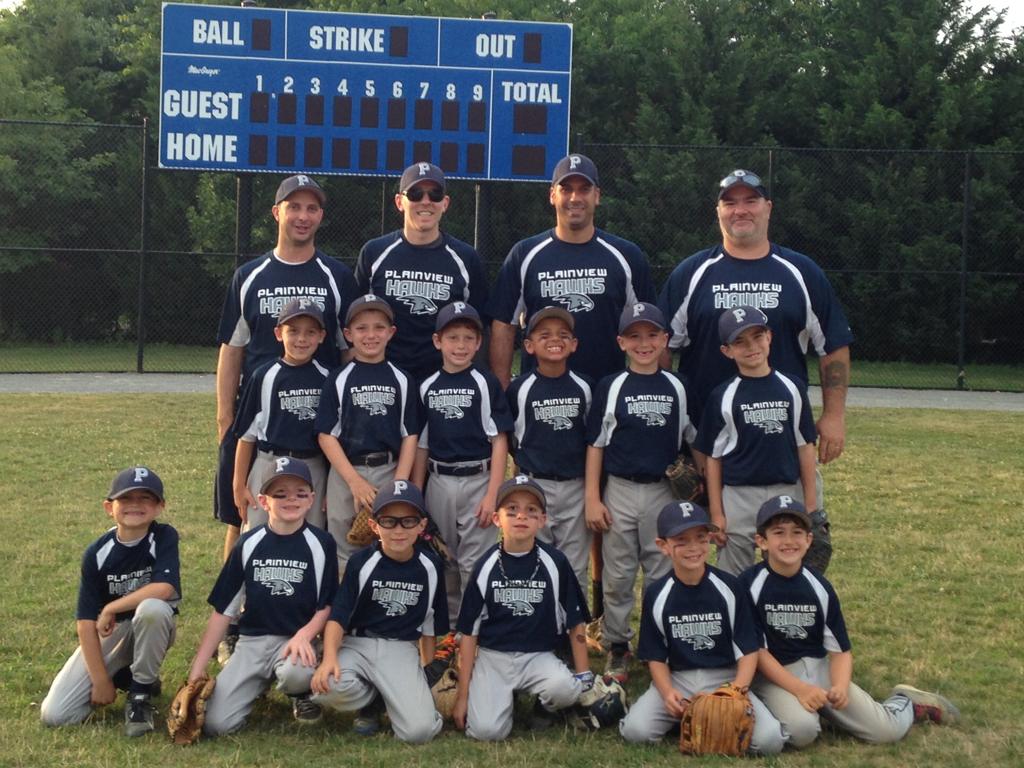