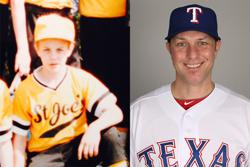 Since the expansion Washington Senators moved from the nation’s capital to Arlington, Texas, in 1972, the Texas Rangers franchise has consistently been known for its hitting prowess.

Heading into the 2016 season, that hitting tradition is expected to continue, as the team will run out a lineup featuring Prince Fielder, Josh Hamilton, Adrián Beltré, Shin-Soo Choo, Elvis Andrus and Rougned Odor.

And leading this bunch will be a local baseball standout.

Anthony Iapoce, a 1991 graduate of Msgr. McClancy H.S., East Elmhurst, was hired in November as the Rangers’ new hitting coach, replacing Dave Magadan. For the past three years, Iapoce has worked as the special assistant to the general manager and minor league hitting coordinator for the Chicago Cubs.

He played 11 professional minor-league seasons for the Milwaukee Brewers and Florida Marlins before holding several positions throughout baseball. This will be Iapoce’s first full-time job in the major leagues.

“It’s really exciting to think about how much time I’ve put into my career to have that moment when you’re announced as a major league player or coach,” Iapoce said. “I don’t think it’s really going to hit me until probably Opening Day.”

The baseball journey for Iapoce started in the schoolyard at St. Joseph’s parish, Astoria. He was a standout Catholic Youth Organization (CYO) basketball and baseball player on teams that won their share of diocesan titles.

As the point guard on the basketball team and the center fielder on the baseball team at McClancy, Iapoce led his teams to four city championships, which set a Crusaders’ record. He won five different M.V.P. awards, was awarded All-City honors in both sports his senior year and was the recipient of the Senior Student Athlete Award in 1991. He was also inducted into the McClancy Hall of Fame as part of the inaugural class.

From there, he went on to play his college ball at Lamar University in Beaumont, Texas, and was drafted by the Brewers in the 33rd round of 1994 MLB draft. He sported a .273 career batting average in his professional career.

Now with the Rangers, Iapoce is set to employ the same mechanics to the big league club that made him a successful hitter and a successful mentor to young players. He’s already had the chance to interact with the team’s players as the new season approaches.

“Everything is still based around an individual and getting him to take his game into the team’s game,” Iapoce said. “Here it’s going to be a team-oriented mentality to try to grind out at-bats and win every pitch. I want our line-up to be known as guys who are tough outs.”

Rather than implement a specific philosophy of hitting, Iapoce is aware that an individual approach to each hitter can yield the most productive results.

“When you’re talking about the swing, there’s no swing in the history of baseball that is exactly the same,” he said. “Every human is different; every player is different. But there are a lot of common denominators to successful hitters.”

Iapoce will be tasked with preparing his hitters to face the likes of quality pitchers, including Garrett Richards of the Los Angeles Angels of Anaheim, Sonny Gray of the Oakland Athletics, six-time All-Star Félix Hernández of the Seattle Mariners and 2015 A.L. Cy Young Award winner Dallas Keuchel of the Houston Astros. And that’s just within the A.L. West division.

“In baseball last year, there were 35,000 pitches thrown at over 95 miles per hour,” Iapoce said. “The game is now being shortened to a five-inning game and bullpen guys are coming in for the sixth, seventh, eighth and ninth. So it’s really just getting that good pitch to drive and just battle when you get to two strikes.”

The Rangers report to Spring Training in just a few weeks, and Iapoce is eager to continue the franchise’s strong hitting tradition and have that one aspect of the game contribute to the team’s overall success.

“Being a part of this organization for three months, we’re all about winning,” he said. “I think it’s a combination of coaches and players coming together for one common goal, which is to win a World Series.”

Given Iapoce’s track record of success at St. Joseph’s, McClancy and throughout his baseball career, the Rangers’ hitters are certainly in great shape heading into the 2016 campaign.